What I read and watched in ‘Book Week’

I have just enjoyed a great ‘book week’: reading books and watching films that have direct and tangential relevance to my work.

‘Die with Zero’ was a particuarly thought provoking read and chimed with my animation series which aims to encourage those with more than enough to give some of it away to those who don’t: https://www.youtube.com/watch?v=zP_SuC_2Cuk&list=PLcNtPqI6xz2AXrJw0Vgk5nuAE-GSVfo3R

The Benefits of Being Always Watchful 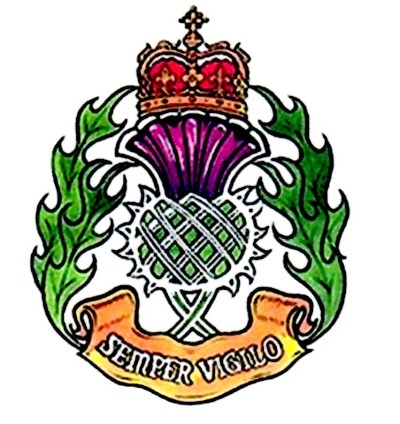 During the festive break, I returned to the town of my birth, Dumfries in Scotland.

While waiting for a bus, I got talking to a local man outside a local school. After a police car had whizzed past with sirens blaring, he informed me that the Scottish Police Crest (pictured above) had been designed by one of the Art teachers at the school behind us. Curiosity peaked, I ‘googled’ the crest when I got home. The Latin phrase on the crest, Semper Vigilo, means Always Watchful.

Later the same day, I was asked by a relative about my work and the conversation got on to how I keep my training ‘fresh’.

‘How do you go about updating and developing your existing training courses?’

While answering I was reminded of the phrase ‘Semper Vigilo’ as it articulates how much of mch’s training develops. Essentially, keeping training fresh requires mch to be ever watchful for new ideas. On reflecting further I saw how several recent iterations to training materials had initially come from very varied (and non-traditional) sources. These included:

Through discussions with others, the act of being ‘semper vigilo’, always watchful, appears to be a very effective way to approach learning and development in general. Consequently, I hope you adopt the semper vigilo approach to your own learning in 2014.

As a provider of staff development, making development ‘stick’ is something of great interest to mch. To this end, we try and incorporate a range of activities before, during and after our training to encourage participants to remain aware of their development issues and maintain the consistent application required for genuine, lasting improvement.

A technique that has long been used by trainers is the ‘public declaration’ approach. The theory goes that if you articulate your goal to at least one other person, then you have more chance of success than if you keep the goal to yourself. The rationale for such an approach is that sharing your goal increases your accountability and thus your commitment.

However, recent research suggests that making your goals public can have the opposite effect from what you intend. One explanation for such a finding is that the very act of telling your goal to others gives you some sense that you’re closer to reaching it. Essentially, your brain is tricked into thinking you’re making progress when you’re not.

For those who like to examine the detail, the research paper in question can be found by clicking here. Alternatively a three minute TED talk summary of the research can be viewed here.

What does mch make of this? Well, our view is that development is undoubtedly a ‘contact sport’ which requires the engagement of others. The key issue is telling the right people and in a work context this often means those you work most closely with. In addition to telling them your goal, success depends on receiving specific and timely feedback so that you know when you are progressing and when you are regressing. This in turn requires high levels of trust and rapport between you and your colleagues. A piece of research which supports our thinking can be accessed here.

Are You Left Brained or Right Brained?

During our training courses in areas such as emotional intelligence and communication, the issue of our brains often comes up. A common starting point is when a participant says something like;

“I’m very ‘left’ brained, which makes it difficult for me to communicate with my boss who is very ‘right’ brained.”

The left part of your brain is often considered responsible for emotion and language, while the right is concerned with reason. The reality though appears to be far less straight forward. To find out more, have a look at the following animation from the RSA.