The Role of a Multiple Colour Pen in Feedback and Leadership 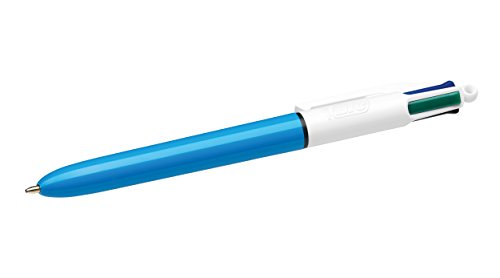 Much of my passion for staff development comes from my own leadership experience. Such experience includes having been both a CEO and a Chair. In the near future, I will be standing down as Chair of a fantastic social enterprise called DECIPHer Impact (DI), which gets great public health research to those who need it. Consequently, I have been reflecting on leadership in general and my individual approach to it. The reflection was prompted when a friend asked why I always took a four colour pen to DI Board meetings and below is an abridged summary of the discussion we had.

Why the various colours?

I use the various colours to consciously denote the type of notes I am taking. Black is used to record key facts and decisions, blue for my own actions and green and red are for feedback.

Why two colours for feedback?

Firstly, because using 50% of the colours for feedback reminds me of its importance. In my experience, the level of good quality feedback often runs in direct proportion to individual, team and organisational performance. In short, feedback with a positive intent, delivered in a timely manner, is a key ingredient to success.

I find that using colours really helps when I reflect upon the meeting and my notes. Due to the colours, I can readily see the number and relative weighting of the various types of notes I’ve taken.

What are you looking for?

When it comes to feedback, ideally, I’m looking for five times as many green comments as red ones for each individual.

The 5:1 ratio came to prominence through research conducted by the psychologist, John Gottman. He was really interested in the differences between successful and unsuccessful marriages. Rather unnervingly, he developed a way of predicting, with more than 90% accuracy, whether a couple would separate within the following three years. A key predictive indicator was the ratio of positive to critical comments between partners. Genuinely happy relationships consistently average 5 positive comments to 1 critical one.

Interestingly, the same 5:1 ratio has been found to be a key ingredient to high performing teams in the workplace.

An absence of both green and red notes is often a cause for concern as it suggests one of the following, none of which is ideal:

(i) I wasn’t paying sufficient attention to feedback

(ii) Individuals or teams are not stretching themselves

So a Multi-Coloured Pen is the Key to Feedback and Organisational Success?

No. The colours are just a prompt. The key lies in disciplined actions. The first of these is disciplined reflection. A favourite quote of mine, by the educational reformer, John Dewey, is;

In practice, this means taking the time to actively review my meeting notes. It also requires me to be really honest with myself, e.g. Have I been overly critical, by focusing more on mistakes than successes?

The second key action is disciplined follow-up: taking time to give feedback to the right people in the right way and at the right time. While positive feedback in the form of praise can be given within meetings, it’s advantageous to be mindful of individual preferences. While being praised in front of a group will be ideal for some, a quiet word on a 1:1 basis will mean more to others.

Positive feedback which is critical is almost always best delivered on a 1:1 basis. This poses challenges if team members are geographically dispersed. At times, these challenges can be overcome by using informal ‘windows of time’ for feedback, e.g. walking back to the train station with a team member after a meeting. However, sometimes it needs to be more formal and a special effort needs to be made. One memorable example is where I flew over 800 miles, specifically to give and receive feedback. While this was a significant investment of time and money, I’ve no doubt it sent out a powerful signal ahead of the meeting and played a really important part in it ending well.

Like with so much of management and leadership though, knowing what you should do is invariably the easy part. It’s the doing that’s hard. Looking back, I have not always been as rigorous as I should have been and there have been times when the discomfort of giving critical, but positive feedback has won out, and I’ve failed to provide it in a timely manner.

How can critical feedback be positive?

It all comes down to intent. If I genuinely believe that I’m giving the feedback to help the individual, team and organisation, then it can be positive, even if it is very challenging for the recipient to hear.

What about you? Who gives you feedback?

While I ask for feedback, I don’t always feel I get enough of it. This is one of the real dangers of being a leader. However, I often find external ‘critical friends’ to be very helpful, as are reflective conversations like this. Now I’ve got to go, or I’ll be late for the meeting!