Manage Your Mindset with The A-Team 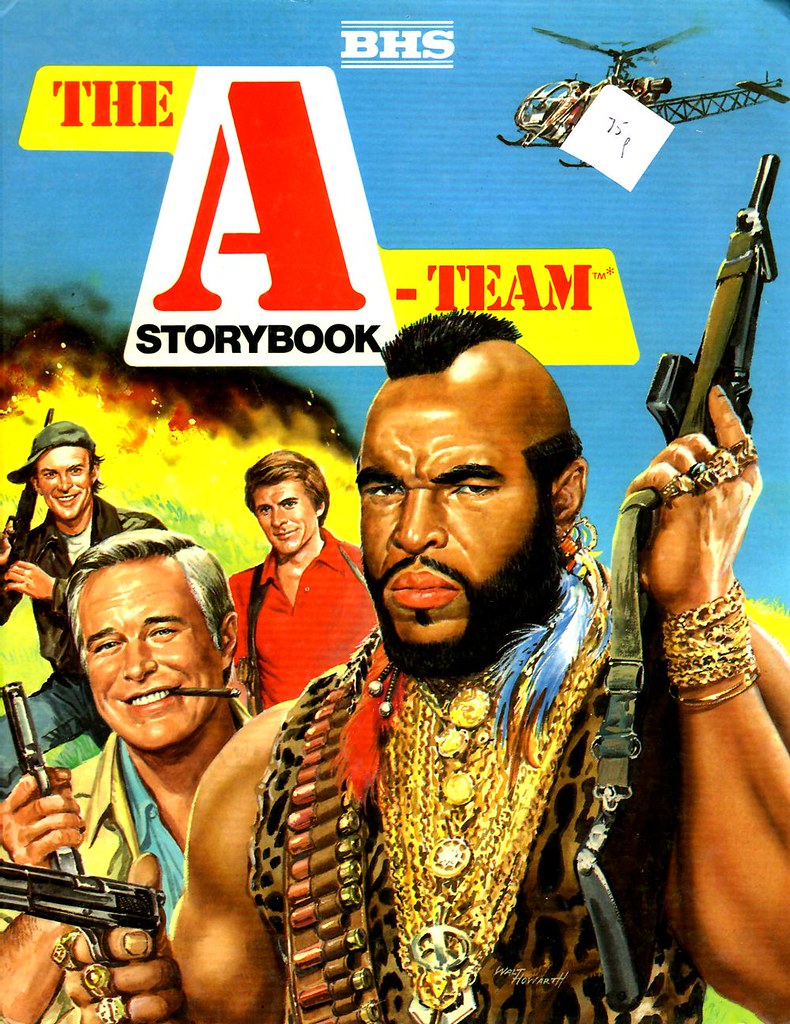 If you’re dealing with a big challenge, you’re often drawn to its physical or practical issues. This blog encourages you to also consider your mindset. If you want a book (or audio book) to explore mindset in more detail, I strongly recommend any one of the following three:

In different ways, all three articulate the view that our brains have two main parts:

1. The Growth Mindset aka Our Best Self, or Sage

As the names suggest, this part of the brain is ‘us on a good day’. It’s wise, empathetic, forgiving and discerning. It understands that things may not be as they first appear; that things are rarely black or white, good or bad. It accepts ambiguity and that very little is certain. It thinks before acting.

2. The Fixed Mindset aka Our Chimp, or Saboteurs

This part of our brain makes immediate judgements, sees things as good or bad and others as either friends or enemies. It’s fuelled by emotion and acts before thinking. It ensures your basic needs are prioritised and its tendency to worry and remain vigilant keeps you safe. Indeed, its evolutionary importance explains why it is often stronger than the ‘best self’ part of your brain. It’s also stubborn. If it decides it’s not going to do something, it’s unlikely that your ‘best self’ will be able to persuade it otherwise. This is why willpower alone rarely leads to sustained change.

So what can you do? Firstly, you need to accept that you can’t change your chimp’s nature; but you can manage its behaviour. To manage your chimp effectively, I recommend bringing in the A-Team. No, not the 1980s characters of BA, Murdoch, Hannibal and Face, but the A-Team of:

The first ‘A’ of managing your chimp involves being really aware of what it’s feeling. It’s easy to know when your chimp is dominating your thoughts and feelings; it’s anytime you’re having thoughts and feelings that you don’t want to be having. However, your chimp needs to feel listened to and understood. To do this, it helps to identify the specific emotion that’s causing your unhelpful thoughts. So if you’re not looking forward to the next part of your challenge, try and get beyond the common first response of ‘I just don’t feel like it’. Is it stress in relation to other things that need to be done today, or fear as to whether you’ll be able to manage it?

For example, during a recent personal challenge, going beyond the ‘I just don’t feel like it today’ made me appreciate that I was actually feeling feeble and inadequate, as I was struggling to do something I’d been able to do before.

By identifying the precise emotion, your chimp will know you’re aware of how it’s feeling and this will comfort it. It’s not uncommon to struggle with finding the precise feeling you’re feeling, so choosing from a list can be useful. One such list can be found here.

Once you’ve identified your emotion, the next ‘A’ is to accept it. If you’re not feeling a particularly positive emotion, this can be hard to do, but feeling bad about feeling bad is even worse. Accepting the emotion prevents this from happening, as acceptance takes the ‘heat’ out of the emotion. Negative emotions like lurking in the shadows. Acceptance brings them out into the light where they can’t last long. In my case, accepting that I was feeling feeble and ‘naming it’, helped avoid any sense of shame in feeling this way.

With the emotion not feeling as powerful, you can move onto the next ‘A’, attendance. Here the goal is to attend to your chimp, by finding simple statements that it will accept.

I give my chimp a name - it’s called Sparky. By trial and error, I’ve learnt Sparky accepts that;

“Everyone, including me, is allowed to have one bad day.”

Reminding Sparky of this during my challenging situation, helped calm him down and stopped him berating himself and me.

What will your chimp accept? Work out the short and simple statements that it will hear and accept.

The final ‘A’ is activate. Here the goal is to activate your chimp’s more positive attributes. So in my case, Sparky responded well to;

“I know you’re not enjoying this, but as soon as we get home you can have a nice hot bath, with a beer and some peanuts.” [Sparky loves peanuts!]

As soon as Sparky heard this, he was bought into getting the challenging situation done as quickly as possible.

The narrative we construct around what happens to us is ultimately up to us. I hope being mindful of your two brains and using the A-Team of Awareness, Acceptance, Attendance and Activation, helps you construct the best possible narrative for you.

Introverts and Extroverts – Resource of the Quarter - Quiet

A national newspaper used to run a column entitled; “If I were king for a day”; where guest contributors outlined what law they would decree in such an event. The broadcaster, Jeremy Paxman, chose to banish open-plan offices. In his usual indomitable style, he outlined the case against such offices;

“An open-plan office is a way of telling you that you don’t matter…..it tells us precisely what our bosses think of us – that we are employed to fulfil a mechanical task and that we are all interchangeable. Deliberately inventing an uncreative environment is one thing. But it is worse than that…..because the space belongs to no one, it is noisy and grubby…there is nowhere for a quiet chat.”

Open plan offices can be particularly difficult for introverts, but by their very nature, they are disinclined to voice their views when the layout of offices is considered. In personality terms, an introvert is not someone who is shy; they simply find solitude revitalising and social interactions tiring (even if they are very enjoyable). With extroverts, it’s the other way around. Since extroverts readily communicate who they are, they can be easily understood by introverts. It can be more difficult for extroverts to understand introverts, but there are advantages in doing so. Consequently, if you’re an extrovert, click here to find out how. While introverts are often encouraged (often for good reason) to be more ‘extrovert’, there are others who (quietly) outline the benefits to extroverts of introspection, particularly when it comes to creativity. A prime example is the book ‘Quiet’ by Susan Cain. For this reason Quiet is mch’s ‘Resource of the Quarter’. To access more resources on a range of development topics, go to mch’s free Resource Centre. Another interesting resource which provides good practical advice for introverts attending social functions can be found at Anne Keery’s blog

Emotional Intelligence and Recruitment…Three Cheers for The Abbeyfield Society

Due to my background and career choices, I’ve been interviewed more than most.  A common reflection on so many of them has been the emphasis placed on experience and technical competencies, rather than an appraisal of me as a person, or on how/if I will fit in.  In short, the focus has often been on whether I could do the job, at the expense of exploring whether I will do the job effectively (i.e. my motivations and fit with the team). On numerous occasions I’ve been told that my lack of success was primarily due to an insufficient number of years of experience.  The quality and the learning of the experience I did have seemed secondary to an arbitrary number. On other occasions, I was told that while I outperformed other candidates in the ‘softer skills’, I lacked a key piece of technical ‘know how’. At times, this seemed short-sighted, as technical competencies can often be mastered far quicker than the emotional ones.

As mch’s focus has moved into staff development, I have fewer interviews.  Indeed, I’m now more likely to be the interviewer, than the interviewee.  However, given that management training and emotional intelligence form a core part of mch’s staff development work, my interest in recruitment has remained. Consequently, it was great to read a recent article about the housing and care charity, The Abbeyfield Society. The article highlighted that many of their job descriptions include emotionally intelligent additions such as; “time for talking and building an emotional connection.”

Sadly, I sense The Abbeyfield Society remains in a minority. However, if you are aware of more examples, I’d love to hear about them.

The Relationship between Meaningfulness and Happiness

As a follow up to yesterday’s blog on meaningfulness at work, recent research suggests that a meaningful life does not lead to happiness. Indeed people who consider themselves to lead meaningful lives are likely to be less happy than those who don’t. Click here to listen to an audio summary of the research. The audio clip also discusses research that challenges the view that men’s and women’s brains are genuinely different.